17 Mar When do I get my inheritance?

Posted at 10:33h in Inheritance, Power of Attorney, Prenups, Wills by Maria Rigoli

The average life expectancy of people has increased by 25 years over the past century. As a result of people living longer, next of kin are likely not to inherit from their parents until much later in life, often well into their retirement years.   By then, their parents may be quite elderly and frail, often vulnerable to pressure placed on them by carers or neighbours.

A carer receiving Centrelink payments (because they help care for an elderly person) will certainly receive Centrelink benefits for their trouble.  But that does not mean they are entitled to the assets of that elderly person or to make decisions about what goes in their will. Nor are they automatically given a right to act as if they had a power of attorney.

Unfortunately there is a growing number of cases of “elder abuse” where such carers are forging documents of the elderly or placing pressure on them to make wills or powers of attorney in their favour, taking advantage of their assets and income etc.  Other family members may or may not be aware of this going on, especially if documents are being prepared without a vigilant solicitor overseeing the instructions and documentation.

The high profile case of the estate of the late Peter Brock highlighted this problem when there was no clearly executed final will expressing clear and final wishes.

Separation prior to death

Another issue which arises is if there is a separation just prior to death.  The surviving ex-partner may not have yet obtained a property settlement under the Family Law Act with the deceased or had not had a chance to start family law proceedings, but may have not really had much of a claim. It is still up to the remaining family members to reach agreement with the ex-partner who can still make a claim through the courts. Often a legally binding “pre-nupt” will address that problem.

If no legal proceedings had started in the family law courts before the deceased passed away, then the ex partner cannot use the family law courts; they are forced to negotiate with the executor of the will/legal personal representative and if there is no resolution then they will normally have to make a Supreme Court application seeking provision out of the estate.

When a loved one dies, the experience is already enough stress to try to cope with.  Confusing inheritance laws (which differ from state to state all around Australia) and potential legal challenges only add to this stress. Sometimes a simple will or power of attorney or family agreement or pre-nupt to record intentions earlier on, will save everyone from major headaches and expenses later on.

Many lawyers will provide initial free consultation for you to see where you stand and/or what documentation is best to get done now to save problems later. 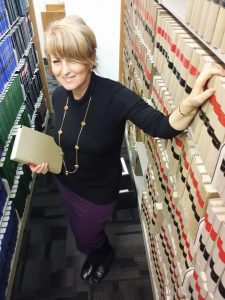