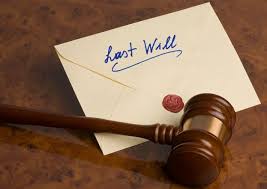 Posted at 06:18h in Inheritance, Wills by Maria Rigoli

The law in Victoria has not yet changed and the following cases show examples of successful challenges of wills by grandchildren.    Remember, you have 6 months from the grant of probate of the will after death, to use the court to challenge a will.

In the case of Re Davies a grandchild was successful.  This was almost a $3 million estate of which each grandchild got roughly $400,000 representing roughly one-third, which was what the grandson’s father would have otherwise received.   This case has widened the opportunity for grandchildren to contest wills as previously it was more difficult and they were given a harder time in court to prove their claim.  Note however that their share was to be held in trust until they turned 28 years old.

In another case our firm had carriage of (name not disclosed due to privacy) our client was not even the biological grandson of the deceased.  For all intents and purposes however he considered the deceased to be a grandparent and had been in touch from time to time but not in the last couple of years before the grandparent’s death. He claimed other family members made it difficult for him to keep in touch with the deceased who he regarded as his grandparent even though they were not blood related.

He had terrible financial circumstances and really needed the financial assistance and claimed the deceased would help him out in the past when he needed help. We were able to make an arrangement with him to “pay at the end”, took the matter to court and obtained a settlement for him based on his status.

It goes to show that grandchildren can have just as much if not more of a claim to a deceased estate than other family members.

Be careful not to miss time limits!

In the case of Underwood v Gaudron the deceased’s  daughter sought family provision from the estate of her deceased mother pursuant to Succession Act 2006 (NSW). Her mother had left her out of the Will.    The defendants were her sisters who claimed the sister had demonstrated complete indifference to and neglect of the deceased for last 20 years of deceased’s life and that the deceased was entitled to take plaintiff’s behaviour into account when making the will and leaving the daughter out.

The court however could not be in a position to fully hear the case decide on the issue, as the daughter did not make the claim in time.  The daughter sought to have her claim heard anyway.  The court decided instead that it was  not satisfied that there was sufficient cause to extend time for making the application so dismissed the case and the daughter did not get an opportunity to put her version of the family history forward.

Free Legal Consults for anyone needing advice on a deceased estate.

New clients to Rigoli Lawyers are eligible for a free consult on any legal matter.

We currently have five lawyers with experience in varied areas including commercial law, conveyancing and contracts,  criminal law, deceased estates, family law,  business law and all court and litigation matters.

You can  get your free legal guide from www.rigolilawyers.com.au