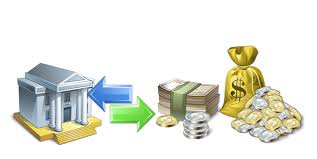 What is the legal meaning of a deposit?

The purpose of the deposit for a purchase of land contract– is to show that the purchaser is serious in completing the transaction.   The deposit is usually paid at the time that the contract is signed by the purchaser and is usually 10% of the purchase price (but it can be as low as 5% or as high as 20%, depending on the vendor’s requirements and the type of property being purchased).

This is a show of good faith that the purchaser is: a) committed to the purchase and b) generally has (or expects to have) the money to go through to complete the contract.

If a purchaser fails to complete the contract, it is expected that the deposit will be forfeited/given up to the vendor.

If the seller fails to complete the contract through no fault of the purchaser, it is expected that the deposit will be returned to the purchaser.

As disputes can arise between the seller and buyer before the contract is completed, there are provisions for the deposit to be secured and released only in certain circumstances.  The deposit is usually held in a trust account by the real estate agent or seller’s solicitor as “stakeholder”.  If a sale goes through successfully, generally the agent will deduct their commission from this deposit on the day of settlement before passing on the balance to the seller.  If the sale does not proceed by mutual agreement between the parties and the deposit is returned to the buyer, the agent generally does not have any right to deduct any commission.  The agent’s contract for payment of his or her services is generally with the vendor/seller so the agent can only be paid from funds that the vendor is entitled to.   It is not relevant which party the agent holds the deposit for, but in most sales, the selling agent will hold the deposit in their trust account.  If it is a large deposit and/or there is a long settlement period, the agent may invest the funds but still hold them “on trust” and not to be dealt with the money with unless authorised by law and in accordance with the contract.  This means that the real estate agent (or solicitor if they are holding the deposit) holds the deposit on behalf of both parties, not just one of them, and so agreement of both parties is required to deal with the deposit.

Early release of deposit before the settlement date.

Sometimes the vendor/seller wants the early release of the deposit.   They may need the money to help with another transaction or are simply desperate for the cash.

The primary obligation of the stakeholder/agent/solicitor is to hold the deposit until settlement.   After settlement the deposit, less any amount owed to the agent and solicitor, may be paid to the vendor.

However one way to release the deposit earlier is with a special request – sec 27.

If there is a mortgage affecting the land sold, the information required to release the deposit is to be given in the form prescribed, known as a deposit release statement.  While this information must be in writing, the vendor is not required to sign the form.  The form is then sent to the purchaser’s representatives.

A purchaser then has 28 days from receipt of the information to object to release. You can theoretically include early release of deposit as a specific condition in the contract before signing, to benefit the seller.   If that is the case, then the vendor/seller should ask their solicitor to include special conditions in the contract be carefully drafted without any ambiguity before everyone signs.  Alternatively a standard contract with the sec 27 statement/request can be presented to the buyer at the same time seeking signature of both before the seller agrees to sign.

Grounds to object to a sec 27 deposit release request

The deposit may be released only if:

A purchaser may object to the release of the deposit by notice in writing within 28 days of receipt of the vendor’s notice. The objection must be in writing stating that the purchaser is not satisfied with the particulars and giving the reasons why the purchaser is not satisfied.     The objection must therefore relate to the particulars in the form.  It must be a serious/ substantial objection.  A typical reason for a purchaser not being satisfied is  – if the particulars of the sec 27 statement reveal that the vendor’s mortgage amount is higher than the sale price, or close to it and potentially rising if there is a default or ability to draw down more funds.  Another reason would be if the mortgage (even if less than the sale price) is actually in default, but then the bank will state this clearly and will advise that they do not agree to the deposit being released. The bank is generally the first one in line to be paid when a house is sold along with the agent’s commission.

It is possible for the parties to agree as part of the terms of a contract of sale that the deposit will be non-refundable.  Special conditions  should be carefully drafted by the solicitor putting the contract together. Real estate agents are not permitted to carry out legal work of this nature unless they have a local lawyer’s  practising certificate themselves.  However the agent would certainly be able to assist with negotiations and suggest options for the contract to help get the deal done prior to the lawyer drafting the clause(s) needed.

It is the stakeholder’s responsibility (ie whoever holds the deposit, agent or lawyer or conveyancer)  to ensure that the conditions are met before refusing to release the deposit OR forcing release of the deposit otherwise they may be sued if they have incorrectly made either decision.

Conditions to force release of deposit

The first condition which must be satisfied for a forced release of deposit to be authorised under s.27(7) -is that the contract doesn’t contain any particular conditions that specifically operate for the benefit of the purchaser.  For example there may have been a special condition drafted into the contract for the property to be delivered in a particular state by the date of settlement, say the obtaining of a permit or rectification or repairs to a fixture.  Another example is finance conditions that are put in the contract for the purchaser’s benefit.

Accordingly, on the interpretation of this condition in s.27, a stakeholder is notstopped from releasing a deposit solely because some general contractual conditions in the standard contract give some benefit on purchasers as there will be many of those types of clauses and terms for the purchaser’s protection, just as there would be many standard clauses for the vendor’s protection.      The stakeholder’s hands are tied however if there is a specific condition in the contract favouring the purchaser,  which has continuing operation and which is solely for the purchaser’s benefit,    Such conditions are usually expressed to continue for a purchaser’s benefit for a limited period of time.   You would argue that a “subject to finance” clause may or may not be enough if the finance investigation/application period has expired and no extension is agreed to.

For example: giving an acceptance notice in the Law Institute of Victoria’s standard form constitutes an actual acceptance of title.

To ensure that the acceptance is expressed and there is not doubt, typical wording for such a form could be:

1. The Purchaser HEREBY ACKNOWLEDGES that:

A. The particulars provided by the Vendors in this Statement are accurate.

B. The particulars given indicate that the purchase price is sufficient to discharge all Mortgages over the property.

C. The Contract is not subject to any condition enuring for the benefit of the Purchaser.

2. The Purchaser FURTHER ACKNOWLEDGES that he has received satisfactory answers to Requisitions on Title or is otherwise deemed to have accepted title.

Purchasers can investigate to prove good title by obtaining a search statement from Land Victoria, obtaining certificates from statutory authorities and inspecting the property before settlement. Standard contracts will normally allow the purchaser to inspect 7 days before settlement.

There is no longer any necessity for the seller to prove good title, only supply the proper s 32 particulars.

A purchaser’s solicitor should investigate the title and take steps to notify the stakeholder (whoever holds the deposit) within 28 days of the purchaser’s receipt of a s.27 statement of any defects in title or reasonable grounds to suspect there may be defects in title which the purchaser’s inquiries have found.  If not satisfied then they may have not necessarily object to the s27 but give written notice that  the purchaser has not yet accepted title and that the condition necessary in s.27(2) to any early release of the deposit has not yet been satisfied.

ALWAYS CHECK WITH A QUALIFIED SOLICITOR!

As you can see this is not a simple area of law and great care should be taken when there is any dispute about releasing the deposit early before settlement.

It simply is not worth the risk to make the serious mistake that will cost tens of thousands of dollars or having to go to court over these types of disputes.

Maria Rigoli is the principal lawyer and founder of Rigoli Lawyers which is a specialist law practice  accredited by the Law Institute of Victoria.

Maria is  an Accredited Family Law Specialist and a barrister and solicitor of the Supreme Court of Victoria and High Court of Australia.