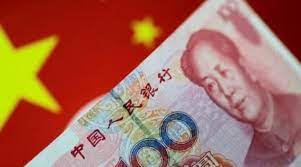 Posted at 14:44h in Appeals by Maria Rigoli

The case of Chan and Lee 2022 was an appeal bought by the wife against property orders made on 23 March 2021 when she was not satisfied with the result of taking on debts with the property she was awarded.

The parties owned several properties in Australia and in China. They also owed significant debts. However, the parties presented conflicting evidence as to their assets and liabilities, and at the original hearing judge was left to discern the contents of the property pool.

The parties’ contributions were assessed as 80 per cent in favour of the wife and 20 per cent to the husband, on the basis of factors pursuant to s 75(2) of the Family Law Act 1975 with a further adjustment to the wife of 20 per cent.

The whole of the property pool was therefore allocated to the wife. At the face value, the primary judge’s orders worked out to be the most possible favourable adjustment of the property toward the wife, as the wife to receive 100% of the property of the relationship.

The wife still was not happy with that and appealed as she claimed that the actual effect of the orders was that she was still left with responsibility for the debts of the relationship, which she claimed outweighed the property that she was to receive.

The wife’s ground of appeal set out in the Notice of Appeal filed 19 April 2021 are:

1. The wife seeks that the husband continue to bear responsibility for the whole of the parties’ liabilities, including the mortgage for the property that the wife holds following the proceedings.

2. The wife complained that the primary judge excluded from the pool of property, the real property partly held by the husband in China.

3. That her parents were unable to speak up during the trial, aside from answering questions.

4. That no parenting order was made with respect to their child.

5. There was a refusal to make a spousal maintenance order directed to the husband, and the failure on the part of the primary judge to identify the wife’s illness.

6. That what the wife actually sought was that the husband pay the mortgage following the transfer of the property to her, not that she absorb it.

7. That the primary judge made an error of fact in failing to make a finding as to the sale price of one of the Chinese properties.

8. The husband’s failure to make full disclosure in relation to the Chinese properties, implying that failing to give it an effect was in error.

9. That the primary judge failed to notionally add back a sum removed from the parties’ savings by the husband.

10. That there was a factual error in relation to the husband’s income (and implicitly his capacity to pay spousal maintenance).

11. The wife also complained that the primary judge failed to take into account the special needs of the parties’ child in relation to education.

12. The wife complained that there was no order for child maintenance.

In the end the appeal was allowed and original order set aside. The husband had to make a transfer of a further property with debt, but which had some net equity to the wife, to make up her entitlement.

THE COURT ORDERED THE FOLLOWING:

1. The appeal be allowed.

4. The appellant wife indemnify the respondent husband in respect of any and all liabilities relating to the B Street, Suburb C property, including:

(a) By way of mortgage; and

5. Other than as provided in these orders, each party shall retain any asset in his or her possession.

6. The respondent husband shall pay the appellant wife’s costs in the sum of $550 within 28 days of the date of these orders.