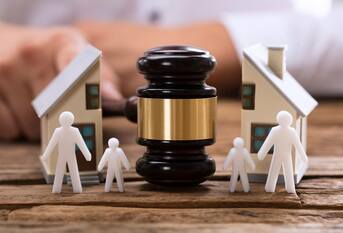 Although there are many applications by fathers to get equal custody arrangements put in place with their children, even after mothers have already had interim or long- term primary care, there are some principles that dictate whether or not the Court will grant equal custody which we will see in the case below.

The degree of hostility between parents and any exposure to the children while looking at the children’s wishes, is something closely looked at by the Courts and can be seen in this case. There is a two-step process that requires the Court to look at whether a change in circumstances has been established and whether this change is sufficient enough to warrant a hearing.

In this case the father’s interim application to vary parenting order for a change of mother’s primary care to equal custody for the 12 months until trial- was not granted.  There had been ongoing hostility between parties leading to greater tension for the children and exposure to parental conflict.

The basis for the father’s application was made up of three arguments. First, the children made repeated requests to live with both parents equally. Second, the father was able to support the children’s involvement in sporting and outdoor activities better than the mother as the mother did not allow the father to attend these activities, and Thirdly, the father was finally in a stable relationship with his de facto partner.

In response to the three arguments of the father’s application, the mother stated that the children discussed living equally with both parents on one occasion. The mother concluded that the children were coerced by the father but have not brought up the issue again.  In relation to the children’s involvement and sporting activities the mother demonstrated that she organised and took the children to their sporting and extracurricular activities. She denied the allegation that she did not permit the father to attend.  In relation to the father’s relationship with his partner, the mother questioned the father’s current living arrangement and how their children would be accommodated as his partner had two children from a previous relationship.

In determining whether the father’s application had any merit, Judge Hughes turned to the principles set out in Rice & Asplund. The principles take into consideration the past circumstances that led to the initial orders being made, whether there is the likelihood that orders will be changed in a significant way due to a new hearing and how these potential changes may cause detriment to the child or children involved caused by litigation. To add, there is a two-step process that requires the Court to look at whether a change in circumstances has been established and whether this change is sufficient enough to warrant a hearing.

Applying the principles outlined in Rice & Asplund, to the Applicant’s application, Judge Hughes determined that a significant change had occurred relating to the children – 6 years had passed since the final parenting orders were made in 2013. While her Honour agreed the children’s views about the time they spend with both parents would hold significant weight,  her Honour was not prepared to determine this with the competing and untested evidence of the parties.

In relation to the father’s second argument, her Honour was not convinced with his argument as the mother’s evidence demonstrated she had organised and taken the children to their sporting and extracurricular activities

In relation to the father’s third argument, her Honour referred to the considerations set out in Section 60CC of the Family Law Act and was prepared to accept the children would benefit from the opportunity to develop a relationship with the father’s partner.

Taking the above into account, Judge Hughes was not persuaded that the children would  avoid suffering detrimental affects from litigation (due to the hostile relationship between the parties).

Judge Hughes in the end decided that the father’s application did not have merit and dismissed the application.

If you would like to know more about equal custody and shared care arrangements, take advantage of our free half hour legal consults. They can be done in person or via Skype or telephone conference.

Call 03 8742 3199 or email info@rigolilawyers.com.au to make a booking and mention this article to claim your free booking.